HOW TO WRITE QUERIES THAT GET REQUESTS 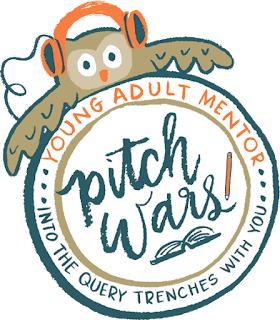 If you're preparing to query agents (or to enter Pitch Wars) and stuck, because QUERIES ARE HARD, I've figured a kind of formula for distilling your 80k book into a 250 word query.

First, address the query to the agent by full name.

GO STRAIGHT TO THE BOOK. (Unless your pitch was starred in a pitch contest, in which case say, Thank you for liking my tweet COPY PASTED TWEET HERE. I'd love to tell you more about it.) I personally like to save personalization for after the bio, after you've hooked them with the book, show them you do your homework.


First sentence: Describe the world before your story starts and how your MC fits into it.


(example: Six of Crows. Ketterdam: a bustling hub of international trade where anything can be had for the right price—and no one knows that better than criminal prodigy Kaz Brekker.)

This can be made into two sentences. If your book is more character based, then use that first sentence to describe the main relationships of the story and how you MC fits into it.

(Example: Little Women. Jo, Meg, Beth, and Amy March are four sisters living with their mother in New England while their father is away serving as a chaplain in the Civil War.)

Second sentence: Describe your main character by what they want, and what happens if they fail.

(Example: THE HUNGER GAMES. Seventeen year old Katniss Everdeen doesn't want any part of the games. She'd like to run away from the capital, and would, if that didn't mean her mother and sister would starve.)

Third sentence: Inciting incident. What happens that changes your MC from a reactionary character to one who moves the plot?

This often looks like When X happens, MC must X or else...

(example: THE HUNGER GAMES. When her sister's name is called as tribute, Katniss volunteers to take her place, even though she views it as a death sentence.)

Fourth sentence: Show how those stakes have changed.

What your main character wants now should be different, or at least the stakes of wanting should have changed. The inciting incident should change things.

(example: THE HUNGER GAMES. Katniss is viewed as a contender. She could actually win, and then her district won't starve. But in order to win she has to kill all of the other tributes before they kill her.)

Final sentence: Twist it with a complication.

We understand the MC's goals, and what she must do. So now, show the twist that makes it complicated.

(example: THE HUNGER GAMES. Katniss must kill all the other tributes. Including the tribute from her own district, the boy who saved her life when she was starving.)

CONFLICT! ANGST! In your stories, often times, the strength is in what stands cross purpose with the MC's goals.

Once the conflict between achieving the goal is revealed, STOP.

The agent has the world of the story. The Genre, Concept. Stakes. We don't need to know the twist that happens in the final act. You don't need to reveal all of the secrets. Give those agents a taste, and leave them wanting more.

The book portion is done.

Next comes. comps, word count, and bio. Try something like, TITLE OF BOOK is a 80,000 word YA Fantasy which is (COMP showing placement on the shelf) meets (COMP showing elements of character, plot, or twist). Feel free to comp movies, songs, music videos, television shows, popular ships whatever will help you stand out. But make sure at least one comp shows where the book will sit on the shelves.

A quick note about the bio sentence. Keep it one sentence long. Two if you have a ton of pub credits. Memberships are great. If you don't have any stats, that is okay. Keep it short and friendly.

One thing I'm not mentioning here, is voice. CLARITY COMES BEFORE VOICE IN QUERIES. An agent won't request a book that has beautifully unclear descriptions. Agents read so many queries, let what stands out be the book, character, or world.

I suggest working until the story is clear first, and then worrying about making it pretty, or making the writing feel more like the voice of the story.

SO MUCH LUCK! ~Sheena

p.s. For more information about Pitch Wars, please head over to www.pitchwars.org.