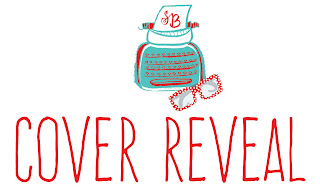 I'm SO excited to be a part of the cover reveal for my friend and fellow Pitch Wars Class of 2015 Alumni E.S. Wesley.

Caleb’s been changing ever since the memory-stealing blackouts—the Outs—started. He used to be a good, dependable, honor-student, but now his parents have vanished, and something inside tells him their disappearance is his fault. That something has a voice—a voice that’s pushed him to kidnap a little girl. Caleb believes he did it to protect her, but now he’s starting to wonder if he’s the one she needs protection from. Then there’s his friend, Kitzi. Kitzi knows a secret she can’t share, locked in her head behind layers of brain damage. Kitzi wants to help Caleb, but she suspects a connection between this little girl and the Outs. If she can survive Caleb’s mistakes and the strange girl’s reality-bending fits long enough to put the pieces together, her secret might save them. Or it could mean the end of everything.

ABOUT E.S. WESLEY A long-time mentor and counselor, E.S. Wesley has worked for years to protect, encourage, and empower young adults to navigate a life that rarely makes sense. He believes all people are just waiting for someone to relate to their stories, so he makes up stories in the hope that someone will read and find a home there.His stories are often strange and twisty.
Wesley lives with his wife in Texas, where he’s always writing. Texas has a lot of things that he likes, but Shelly is the best of them. Second best is his son, who introduced him to his wife. Sometimes we do things out of order—that just makes life more interesting.Twitter ◊ Instagram ◊ Facebook ◊ GoodReads ◊ Website ◊ Snapchat: @eswesley