One in a Million Special 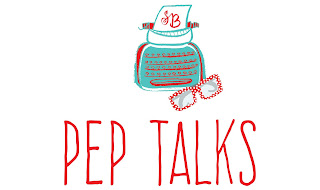 So I grew up with this kid Johnny Madsen. We weren't ever close friends, mostly because he was a really cute boy, and as a boy crazy girl, that meant I didn't ever talk to boys. 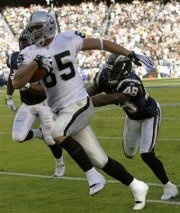 Anyhow, I remember Johnny Madsen often because of my fifth grade teacher. One day in class she asked us what we wanted to be when we grew up. Everyone raised their hand and said things like, "I want to be a doctor," or a firefighter, or a mom. I raised my hand to say that I...Sheena then Dabel... wanted to become a movie star. Luckily for me, the teacher picked on Johnny Madsen before she picked me. Because Johnny said he wanted to be in the NFL.

The teacher, (I don't remember her name, but I do remember her really horrible haircut.) then proceeded to explain why that dream was foolish. She said that in classrooms all around the country there were kids dreaming of becoming professional athletes, or actors, or singers, and it just wasn't going to happen for ninety-nine percent of them. For most of those kids, she said, the closest they are going to get to being in the NFL is to watch it on TV. Then she looked pointedly at Johnny and said, "Do you really think you are one in a million special?"

I remember this, because Johnny, this tall scrawny kid with a mess of black shiny hair and gorgeous eyes, got royally mad at the teacher. He was usually pretty quiet, but on this day, the normally soft spoken Johnny he basically yelled at the teacher and told her she was mean and dumb and wrong.

After she sent him to the principal's office, she looked around the room, "So how about the rest of you," she asked, "What do you want to be when you grow up?"

My hand stayed hidden under my desk.

What am I doing? Do you really think YOU are one in a million special?

And then I think about Johnny Madsen. That picture...right up there...that's of him playing in the NFL.

Now it's true, not everybody who dreams get to wake up and realize that they are living their dream. But some people do.

Now I can't choose if I will ever be "drafted" so to speak. But I can show up. I can practice. I can prepare, and hopefully when the day comes I will be ready to say, "Pick me, Pick me."

Hopefully, by then, I'll be ready.

Really, I don't think the odds are one and a million. I think it's much closer to fifty fifty. It'll either happen, or it won't. Fifty fifty.

But it'll be my choice if I'm ready.

Go ahead, tell me it's not going to happen.  See if the principal can save you from my wrath.