Dating Analogy for the Win! 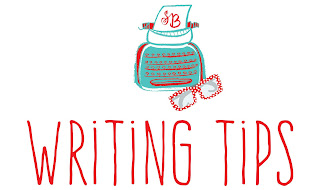 When I tell people I'm a writer, the first thing they often ask is "Where do you get ideas?"

The fact is, ideas are everywhere. Imagine that you are in a bar, ( which apparently is a place where you meet people...I don't know, I'm a Mormon.) or at a party, trying to fall in love. Ideas are like cute girls, and as a writer/ young Brad Pitt, it's my job to pick up any of these girls/ ideas and try to make things work.

Ideas, like hot girls, can fall into a few categories. Please allow me to label you.

The Girl that is Too Hot For Me.


There are simply story idea's that are out of my league.  Now, I'm a young Brad Pitt of writers...obviously... but still. :)

Some idea's I'm just not ready for/would laugh in my face if I attempted to pick them up. I know this, so I don't choose them. No offence, hot idea. Maybe it'd work out, but I'm not gonna waste my time only to be rejected.


This has happened to me more than I'd like to admit, but often I start writing an idea, and then I find out that the idea is currently dating another writer. Has this ever happened to you? You start writing a story, only to find out that someone else, often a smarter, more published writer has already climbed that hill. Doesn't work. Heartbreaking, but you got to move on.


I knew this girl who dated a great guy for a while, and then they broke up, because they knew it wouldn't work out between them. It wasn't anyone's fault, they just weren't compatible. But they wouldn't stop hanging out, and she lost years... YEARS... on a guy she knew wouldn't work for her.

The I'm Not So Sure Girl


This is the relationship I'm in right now...writing wise. I have this idea. I like it. I like the dynamic between  the girl and they guy, the casual flirting, the history of pain. I like the system of magic. But it hasn't swept me off my feet.

I keep writing it, asking questions, finding out more, spending time and energy trying to have a relationship with this idea. And you never know... I could get all the way to the end of this story without ever committing.  I guess you could say I'm settling for this idea until a better idea comes along. You could also say I'm a jerk.

The Love At First Sight Girl


Our eyes meet across a crowded room. This is the one,  I  think. We start talking, and every expression, every second I'm with her is amazing. My heart starts racing. When I'm not with her, I constantly think about her. While I'm working, while I'm making breakfast, while I'm in the shower (...did I just loose my G rating?). A song will come on the radio, and I'll think of the girl. I have to tell everyone I meet about this girl; my mom, my friends, even complete strangers, all need to hear about this perfect beautiful girl. This is the girl I can commit to.

See, writing a novel is a commitment. But when you can write something you love, it's not work. When the idea is right, writing is like falling in love.

The I Won't Ask Anyone Out Guy

You've met him. He's nice. He's not bad looking. He would be a great boyfriend/ husband/ father but he won't ask anyone out. Maybe he's spending too much time at work, or playing video games, but this guy just won't show up at the party. He might make an occasional appearance, click on Word, look around the blank screen, ignore the hot girls, and then go back to playing Zuma. This guy/ writer is wasting his time, and his good looks on video games/Facebook/ Pintrest.


He talks a good game. He tells the girl how he wants to be in a committed relationship, the house, the kids, the publishing contract. But then after a couple of weeks( or chapters) he finds a reason to end things. And then he's back to talking big, about his goals, his dreams... Girls flock to him, but then nothing happens. He could even fall in love. Meet the girl of his dreams, complete a novel to the end, and then never pop the question/ submit a query.

Sad how much I resemble this jerk.


This is the guy who has it right. He's trying. Honestly he's trying. He's there for the girl. He asks the right questions, submits to the right markets. But all that happens is the big fat rejection. It's scary being this guy. Putting his heart out there so often, waiting for the time it'll click. Soon, he might stop trying. Soon he might give up.

But then, he'll find a girl. Things will click, the right words will fall into place, the story will start making sense, and all of the heartbreak, all of the rejections, will prepare him to treat this girl right.

Things work out in the end for the best friend, they always do.

You just can't give up.

What other comparisons can you come up with?