I Have An Agent! 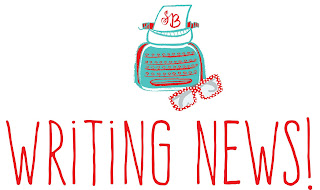 I've been imagining writing this post for a long time. The Waxling is my eighth completed novel. I've been telling strangers that I was a writer for ten years now, and now I can say it without twitching.

It's so unreal. It's been a long road, and I can't really believe I'm here.

I started querying THE WAXLING in March 2015.
(I previously queried FUNNY TRAGIC CRAZY MAGIC in 2012)

Just remember this is how it ends. With Adam Levine. Hold tight to Adam Levine and you and I will both get through this.

March 2015. THE WAXLING has been beta'd, revised, beta'd (again) and revised (again). I've polished my query letter (v.1), assembled my list of 20 agents from #MSWL (Manuscript Wish List, a hashtag on twitter where agents and editors say what they'd like to see in their inboxes), and I had a plan-- I was going to start my querying journey with #PitMad (a twitter contest where you pitch your story in 140 characters, and agents make requests). I had this image in my head that my dream agent would like my pitch and I'd send her my book and she'd fall in love.

SO... I logged onto twitter early in the morning ready to pitch my heart out, only to discover #PitMad was the day before.

QUERYING LESSON #1-- Check twitter more than once a month. Daily if you can swing it. Also check out Sub It Club. They have a list of contests and opportunities that I found really helpful.

I started sending out queries and no one immediately loved it. A week passed and no one called me or offered me a contract. I mean what nonsense was this?

And then the day came and I received my first request. I screamed. I called my mom. I called my sister. I shouted from the rooftops to every single person who cared (and several who didn't) that a real agent wanted 10 whole pages from me.

I later realized I forgot to attach my pages to the initial query.

It wasn't the dumbest thing I'd do while querying. I once sent a query with the subject line THE WAXING instead of THE WAXLING...much different tone than the one I was going for. It makes me think of a YA horror that takes place in an abandoned hair salon.

*scribbles down idea on a piece of paper*

Anyway, the point is, I'm a human being who learns.

QUERYING LESSON #2 --Publishing belongs to the stubborn. Don't give up. But don't keep doing the same dumb thing over and over if it's not working.

A few weeks (months?) later I heard about Pitch Slam. I joined a new facebook group of querying writers who were preparing for Pitch Slam (HI PITCH CRIT CREW!) and I learned SO much from them. The brilliant and lovely Kimberly VanderHorst selected me for her team and I was beyond thrilled. Pitch Slam gave me feedback, four requests, and some of the most amazing friends.

QUERYING LESSON #3-- Don't go it alone. Also, contests are some of the best ways to make friends.

After Pitch Slam I started a quick revision pass. Real requests from queries started rolling in, and some personalized rejections WITH FEEDBACK! Feedback is such a kindness. I had to listen to it. I ditched my prologue, reworked my first three chapters, and clarified motivations until finally the book was done.

PitMad 2015 (June). Oh boy I was ready for it this time. I pitched my little heart out and received several requests...one from JESSICA SINSHEIMER.

I sent my query (v.7) and 10 pages her way with just a trickle of hope that my initial "#PitMad would make all my dreams come true" idea would actually happen.

A few days later I received some great feedback from a full, and I knew I needed to do another revision.

So I jumped in. This would be a big one. Another new chapter one, major changes to the middle and the end. And then those changes left ripples and basically I broke it. So I stopped querying, and focused on fixing the book.

And that was when Jessica requested the full.

She was SO NICE! She told me to send what I had ready, and then send her the revised version when it was finished.

It took another month, but when it was finished and ready I sent it to Jessica.

Two weeks later I found out I was selected for Pitch Wars.

I had to email Jessica again, to tell her I needed to revise. Again.

Again she was so nice about it.

Pitch Wars was the greatest thing of all things. I've blogged about my experience with it here, but even my squeeing, and Adam Levine gifs can't do it justice. I made such brilliant and kind friends, I learned so much, and I finally made the story on the page match the story in my head.

When Pitch Wars ended, I sent the final manuscript to Jessica and to the other agents who had requested it. A quick few weeks later, Jessica emailed me to set up the call, and I've been freaking out ever since.

There were eleven other agents who wanted to consider it, two phone calls, several emotional break downs, and one firm and exciting decision.

I have an agent. Jessica Freaking Sinsheimer. And I'm so happy. 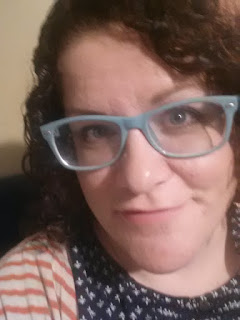 This is me right before Jessica called.
Scared out of my freaking mind.
Happy.
Worried I'd say something totally awkward.
I did.
It's fine.

And this is me now.

QUERYING LESSON # 5. You will not do this alone, and when your day comes, remember those people who lifted you up.

Thank you, first and foremost, to my sweet husband Darren who hugged me during my breakdowns, and squeed when I told him I had an offer. My best writing friends; Sabrina and Melanie. My betas- Kendra, MaryAnn, Meredith, Susan. The Prosers, Hatrack, Pitch Crit Crew, and the Pitch Wars Mentees, especially Isabel.

Huge shout out to my AMAZING mentor Megan Grimit, and to Brenda Drake who runs both Pitch Wars and #PitchMad.

Thank you also to my mom and dad, my siblings, and my best friend April, who were here for all of it, and to my kids who suffered through it, and who prayed for me.

I can't believe it's real.

p.s. Jessica tells me we're going to do a revision pass.