Casting The Prophecy of the Six as a (Disney) Movie

It's here! It's here! Prophecy of the Six is a thing! If you haven't read Alchemy, Book One in the Prophecy Breakers Series, today it is FREE!

Here's the link to the paperback
and kindle for Prophecy of the Six.

And goodreads for good measure!

Here's the cast as represented by Disney Characters.

Sam Ryan, the confident ladies man, (who is secretly a big goofball softy) would be played by Emperor Kuzco. Boom Baby!

Can't you just see him saying, "My face! My beautiful, beautiful, face!"???

Also because he makes a bit of a llama out of himself in this book, but then spends some time in the rain and learns how to be less selfish. It fits so well!

However, Emperor Kuzco doesn't have the ability to shoot flames from his fingers, so Sam totally wins and he wants everyone to know that of the two of them, Sam is the winner.

The winner who wins.

Would be played by...Anna from Frozen.

Ana also learns a few things about love, and that the cute boy who falls for you first might not be as trustworthy as say a goofy annoying boy who has been there the whole time.

Ana's magical powers have such a high cost (to use her magic, she has to lose her sanity) so in this book she is often the unmagical one next to her powerful friends. She kicks freaking butt though, and grows a ton. And is adorable.

Juliette would be played by Violet from The Incredibles.

She's way more powerful than she wants to be, and has a (not literal) force field of grumpiness for protecting herself. She learns the full scope of her power in this book, and starts to grow into it, She's a big sister who loves her head phones, and she has very dark shiny hair.

Juliette is a caretaker, a protector, and she has her heart battered by a few boys in this book. But heaven help the villain or dumb boy who tries to force her to do anything she doesn't want to do.

Including falling in love.

Seb would be played by Ron Stoppable from Kim Possible. He's a computer hacking, conspiracy believing sweetheart, who dances to a beat no one else can hear.

Seb gets put through the ringer in this book, seeing clues to this epic Prophecy of the Six, and seeing the bigger picture he that is affecting him and his friends, all while dealing with his Super Senses.

Seb is Sam's best friend, and not so secretly in love with Ana.

As played by Tadashi Hamada from Big Hero Six. I think this fits. Zach is a leader. He's smart, and does things the right way. He doesn't really understand people who may break the rules, but he's easy going, kind, and likes to help people. He also is not a .gif, because Zach thinks .gifs are for kids. 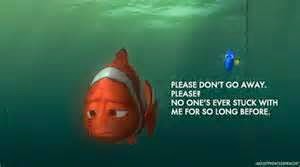 James is a good guy, he just keeps secrets. A lot of secrets. Like he doesn't trust anyone to know anything about what he's doing, and what he knows. He is over protective, distrustful, judgmental, kind, and still there helping people even when people are being rude to him because he's keeping secrets from everyone. He doesn't trust anyone except himself.  Also he likes to surf.

~~
That's our Six. Meet them for real in Prophecy of the Six, now available HERE.