In Defense of Pretty

When I was about five, a sweet old man from my church came up to my mother and I and said, "She is just the prettiest little thing, I just want to take her home with me."

The feminist and the mom inside me bristles at that now. He didn't speak directly to me like you would a person. He called me "little." And a "thing." And we won't even mention how the mom in me feels about that last sentence.

But twenty five years later, I still remember that moment fondly, and clearly. So much so, that I can still remember the blue and white dress I was wearing, and the color of Brother Harris' tie. It was brown with a subtle green stripe.

It's the only time I remember being called pretty.

I grew up in a home where pretty wasn't important. I was told that I was smart, funny, and powerful. We were taught often that looks don't matter, and what really matters is serving others, contributing to the world, and being kind. And it was an awesome way to grow up. Inside the walls of my home.

Outside it, however, I learned that pretty does matter. Often, what a girl or women looks like seems like the only thing that matters. I hate that so much. I hate the focus on what clothes a powerful woman wears, or what they weigh, or their hotness factor. I just hate how some people only see women that way. I find it degrading and insulting.

It's a hard balance living in that world, while raising a little girl of my own. 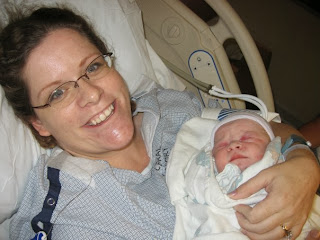 I tell my daughter that she's beautiful every day. In fact, it was the very first thing I ever said to her.

When they handed her to me that first time, she was red, and slimy, with fat rolls and wet blinking eyes, screaming in frustration that we had ripped her from someplace warm.

She was the most beautiful thing I have ever seen.

She's six now. When I tell her she's pretty, she still says, "I know." I also tell her she's smart, and good at math, and capable, and powerful. But I try to tell her she's beautiful so much that she never has to think about it again. I try to point it out while she's looking up at me from her crayons. There in her mismatched clothes, with her hair slightly pulled from her ponytail, and lunch still perched on the side of her lip. In that moment she is beautiful, even though no one is using her to sell anything. I tell it to her when she's sleeping, or singing a song she's making up for herself, or when she's building, or when she's playing with her dolls.

I want her to know that there is something intrinsically beautiful about who she is, and I hope one day it'll rub off on me. I want to know that beauty is more than one picture we keep being sold. Beauty is not just a woman in high heels and pearls going off to a high rise building and a high status job, although there is something so beautiful about that. It's not just about a Senator in bright orange sneakers arguing for all women, although I admire and recognize the beauty in that. It's not just a woman whose life looks like a pintrest board, with perfect home, body, children, although there is something so beautiful about that too. I want to learn that beautiful can also be a woman who maybe hasn't showered yet, sitting in front of a computer trying to reach out to people and be heard.

That maybe there's beauty in that too.

There is beauty in being yourself. 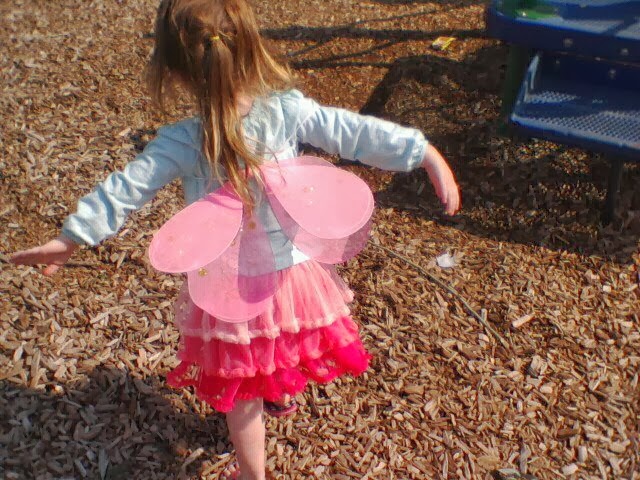 This year for Christmas, we gave my daughter building toys, art stuff, books, and dolls. I have to say, that when we wrapped them, I really hoped she would love the toys I bought because I'm a feminist.

But it's been a few weeks, and I have to tell myself that I have no problem whatsoever that the toy she most often chooses are the Barbies. She has all the dress up stuff in the world, and then some, but she doesn't usually choose to dress up as the knight in shining armor, or the doctor, or the fireman, she usually chooses a princess or a fairy, and that's okay.
In fact, I love my pink loving, barbie doll playing artist.

She says she wants to be a fashion designer when she grows up.  Right now she's drawing a picture while wearing gray and purple leopard print leggings, a long blue and green plaid skirt and an orange shirt. She chooses her own clothes already, and I don't know if even Tim Gunn could make that work.

But I smile at her, and then ask what she's drawing.

It's a picture of me. She's drawn it with long eyelashes and pink lips, even though I'm not wearing make up. She's drawn me in a fancy dress, although I only ever dress up to go to church anymore, and I've never worn a tiara.

That's just what my daughter sees as beautiful.

In that picture, I see the lesson I'm trying to teach her.

My daughter thinks I'm beautiful. I hang it up on the fridge. Maybe if I say it enough, I won't have to think about it anymore.

P.S. This post was inspired by the brilliant post MaryAnn wrote last Wednesday,  In Defense of the Pink Aisle. It's awesome, so check it out.
Labels: beauty Feminism